Where and when was the case tested?

What was the test case about?

Sometimes, the local creative and entrepreneurial scene needs a facilitator of cooperation and an institution to matchmake different actors and bring added value to the regional ecosystem. With the “Industrial Hackathon” the project partners built a bridge between traditional industry and CCI and showed them how to use the potential of cooperation to boost the development of both sides. The cooperation should also widen the perspective on industrial sector challenges, as well as an overall regional ecosystem of innovation development. The partners also wanted to build relationships between local companies from different sectors to boost the strength and bring added value to their region.

The Polish partners implemented two versions of the “Industrial Hackathon”: For the first edition the Polish project partners cooperated with the biggest ICT festival in their region, named “BBDays4.IT”. The concept of the event was to make it fully virtual, the team worked remotely during 78 hours to finish their projects and the festival was broadcasted live via YouTube. Each day the Polish partners connected with different teams to discuss their progress. On the last day the teams pitched their ideas in front of the jury and the winners were announced on YouTube. After finishing this first virtual edition the Polish partners kept in touch with the organisers of the festival and planned a physical event in September 2021. Their second edition was a traditional 24 hour coding marathon. The participants were grouped in teams and placed in one room to work on the challenges. This time the challenges were announced at the beginning of the Hackathon, so each team had exactly the same time to work.

On the other hand, the Austrian partners organised an event with 48 hours “hacktime” and a small side programme. Their call for challenges was addressed to open-minded industrial companies that are facing complex challenges, want to go public with one of them and have no reservations about unconventional approaches. During the Hackathon the participants formed seven groups deciding to work on one of three challenges. To get to know each other better, they had a first joint lunch. After the lunch each company had another time slot called “deep dive” just with its hacker teams to go into detail about the challenge and answer specific questions of the teams. Afterwards, the 48 hours of teamwork started. All teams worked until the end of the Hackathon and presented their solutions in front of the jury and the audience.

In general, a Hackathon is modifiable, depending on what you want to achieve. You can find more information about the format of a Hackathon here.

With this format you: 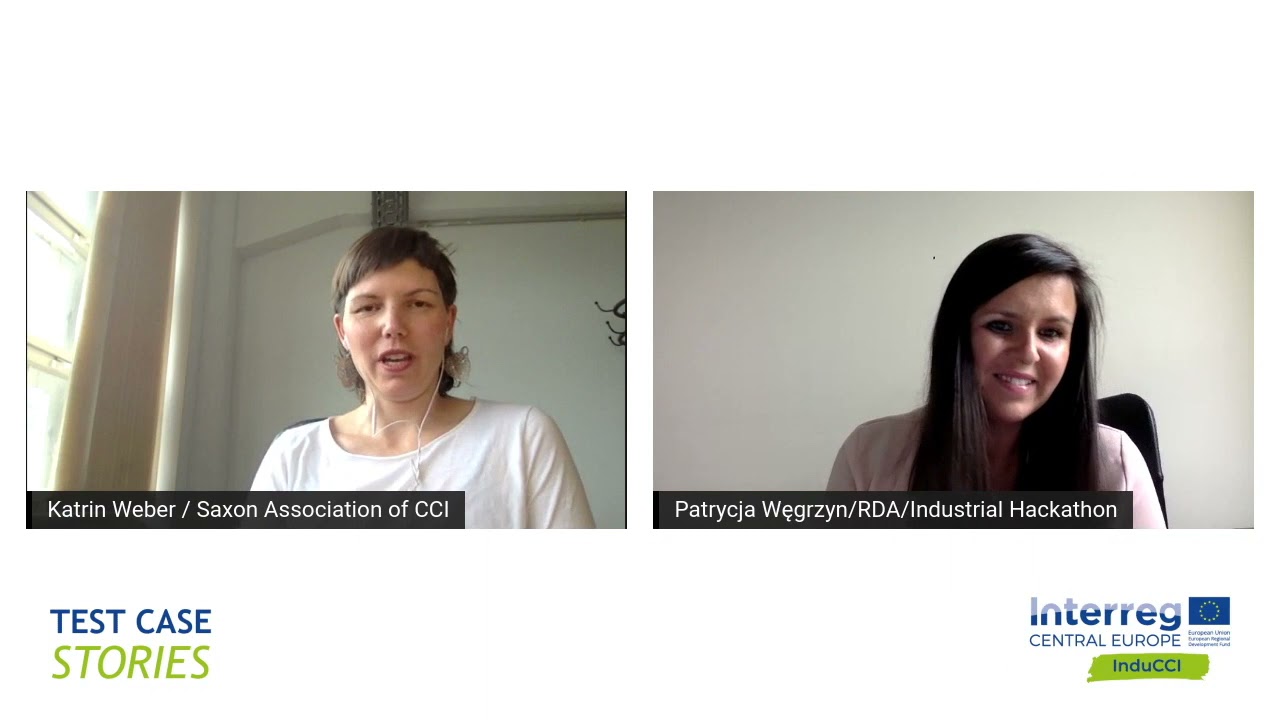 This toolbox has been created 2022.

We use cookies on our website to give you the most relevant experience by remembering your preferences and repeat visits. By clicking “Accept All”, you consent to the use of ALL the cookies. However, you may visit "Cookie Settings" to provide a controlled consent.
Cookie SettingsAccept All
Manage consent

This website uses cookies to improve your experience while you navigate through the website. Out of these, the cookies that are categorized as necessary are stored on your browser as they are essential for the working of basic functionalities of the website. We also use third-party cookies that help us analyze and understand how you use this website. These cookies will be stored in your browser only with your consent. You also have the option to opt-out of these cookies. But opting out of some of these cookies may affect your browsing experience.
Necessary Always Enabled
Necessary cookies are absolutely essential for the website to function properly. These cookies ensure basic functionalities and security features of the website, anonymously.
Functional
Functional cookies help to perform certain functionalities like sharing the content of the website on social media platforms, collect feedbacks, and other third-party features.
Performance
Performance cookies are used to understand and analyze the key performance indexes of the website which helps in delivering a better user experience for the visitors.
Analytics
Analytical cookies are used to understand how visitors interact with the website. These cookies help provide information on metrics the number of visitors, bounce rate, traffic source, etc.
Advertisement
Advertisement cookies are used to provide visitors with relevant ads and marketing campaigns. These cookies track visitors across websites and collect information to provide customized ads.
Others
Other uncategorized cookies are those that are being analyzed and have not been classified into a category as yet.
SAVE & ACCEPT
Menu